As the routing and options for routing to Alaska from Dallas became more clear, I went ahead and spent the money to purchase a few more items to help.

As it turned out, the only extraneous purchase were a few of the paper VFR Canada charts.  However, my wife really enjoyed following along on the charts as we flew over the many inlets and islands along the Western Canada coastline.

Our first leg was a very familiar flight that we have made several times. Even though the flight was familiar, the weather provided some variety.  We left Texas Sunday Afternoon, June 30th with an expected flight time of 3:21 minutes to SilverWest airport.  As we flew, a summer thunderstorm planted itself right at the mouth of the Wet Mountain Valley where we intended to cancel IFR and navigate up the valley VFR. As we watched the storm on our Garmin 750 via XM Weather, it became clear that this storm was in the valley to stay. Navigating VFR in mountainous terrain with thunderstorms is not my idea of a good time.

We waited and watched the storm’s movement and development as we continued West.  Finally I diverted to Pueblo (KPUB) where we knew we had transportation, lots of runways, and a great FBO who knew us.  Here is the FlightAware link to that flight.  Diverting was a non-event and Flower Aviation was ready and waiting for us and welcomed us back.

The next morning, I drove back to KPUB and flew in beautiful weather VFR to C08.  You can watch that flight on a wing-mounted GoPro  here. 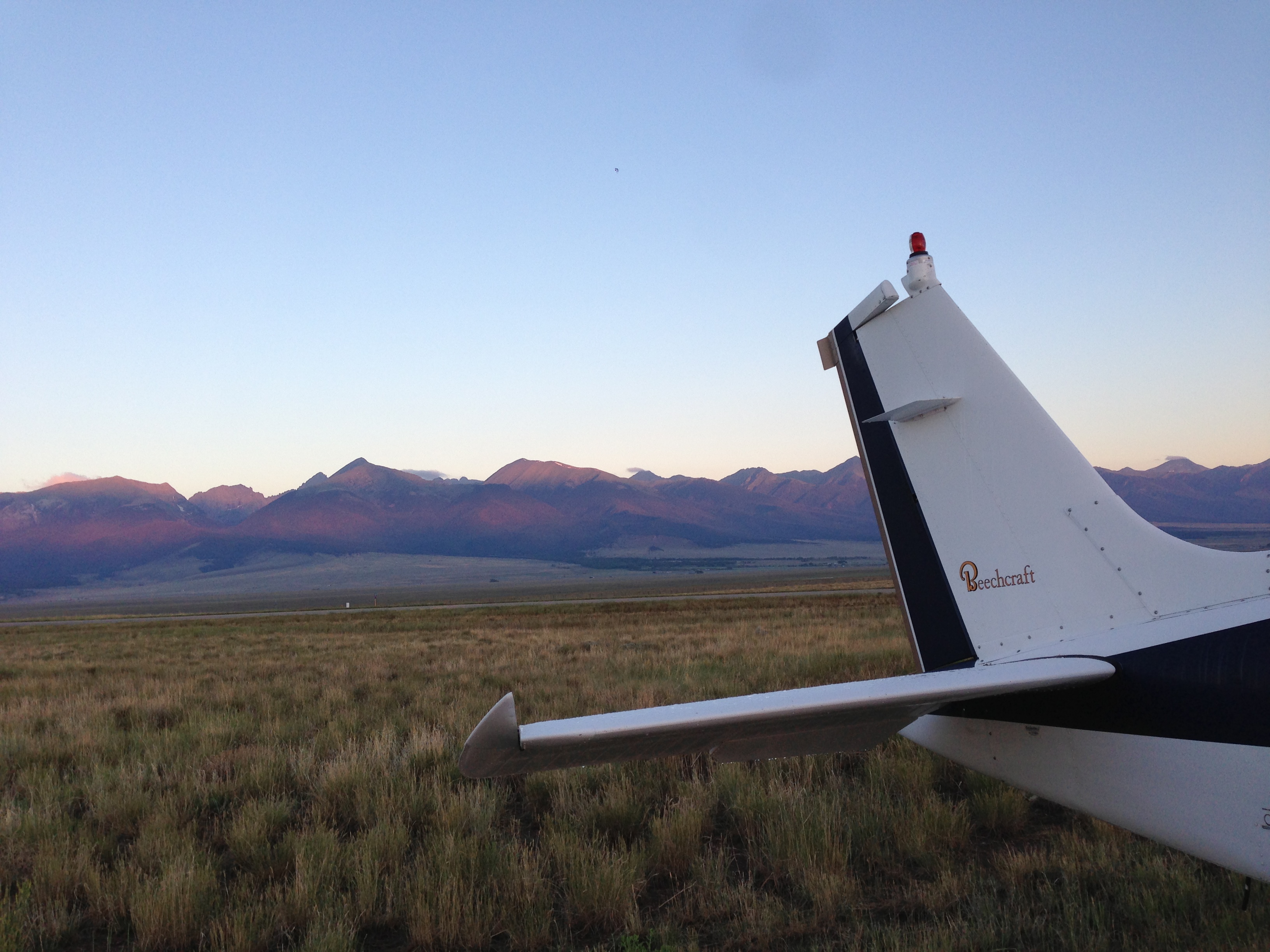 We had a planned departure of 0615MDT and had picked up our IFR flight plan and climbed to 16,000′ for 18,000′ by 0630MDT.  The weather was perfect and the ride over the top of the Rockies was smooth as silk.   We skirted the edge of the Great Salt Lake on the way to Mountain Home, ID. 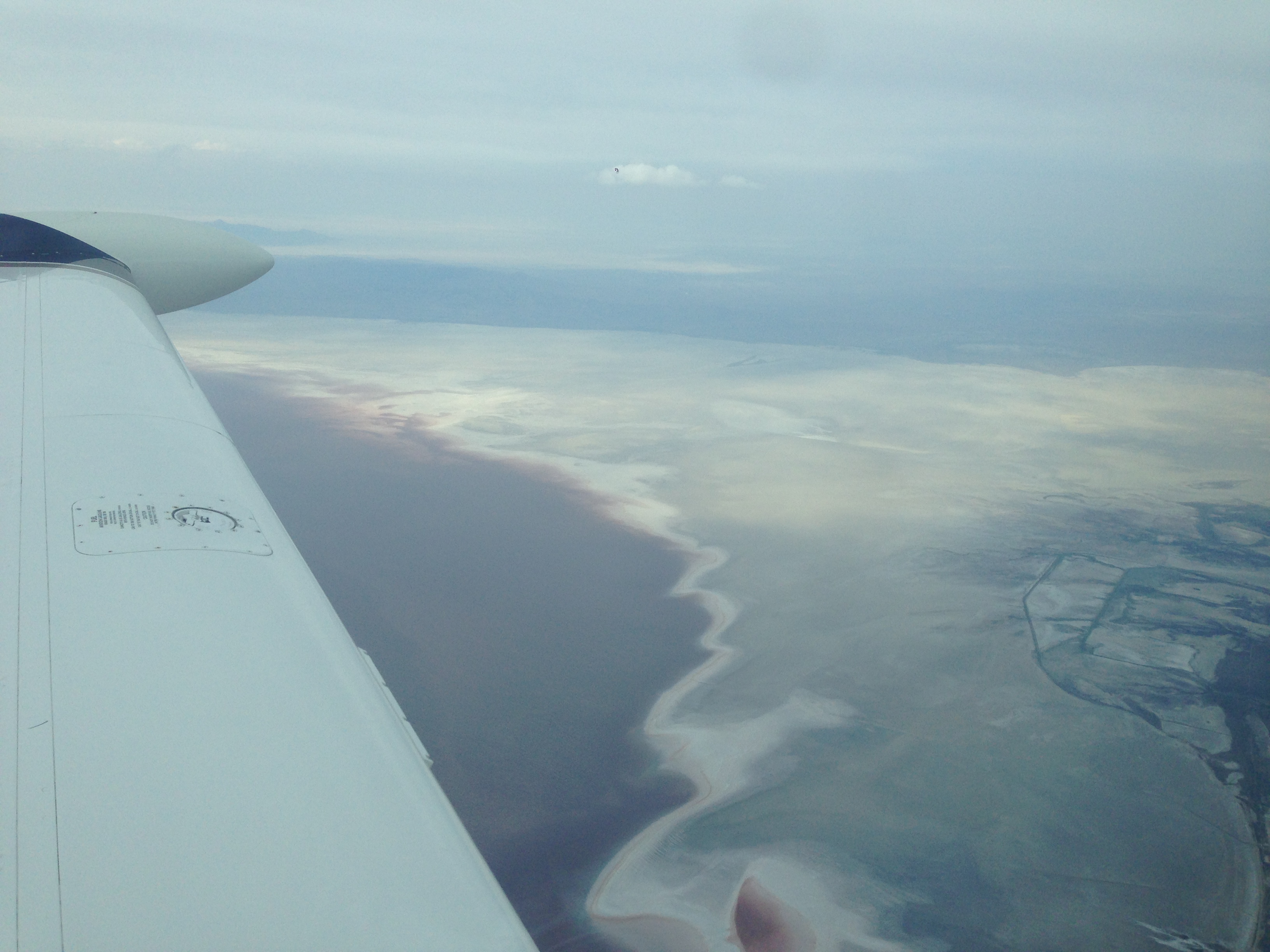 As we descended into the Mountain Home area, we encountered some light to moderate turbulence and a fairly stiff winds.  The airport has a nice runway and easy self-serve fuel.

We refueled, cranked up, and picked up our IFR in the air by 1030MDT.  The temperature was rising rapidly, and the climb out with 5000′ density altitudes at gross weight was a bit slow.  Fortunately, one of the reasons I had chosen U76 was the attractiveness of the low terrain as we climbed to 14,000′ heading Northwest.

The flight continued to be smooth with hardly even a ripple of turbulence.  We had a fairly steady 15-20knot headwind, but still had a nice 160+knot ground speed.

Our favorite part about this leg was that ATC routed us right beside Mt. Rainer.  It was perfectly clear and was absolutely beautiful! 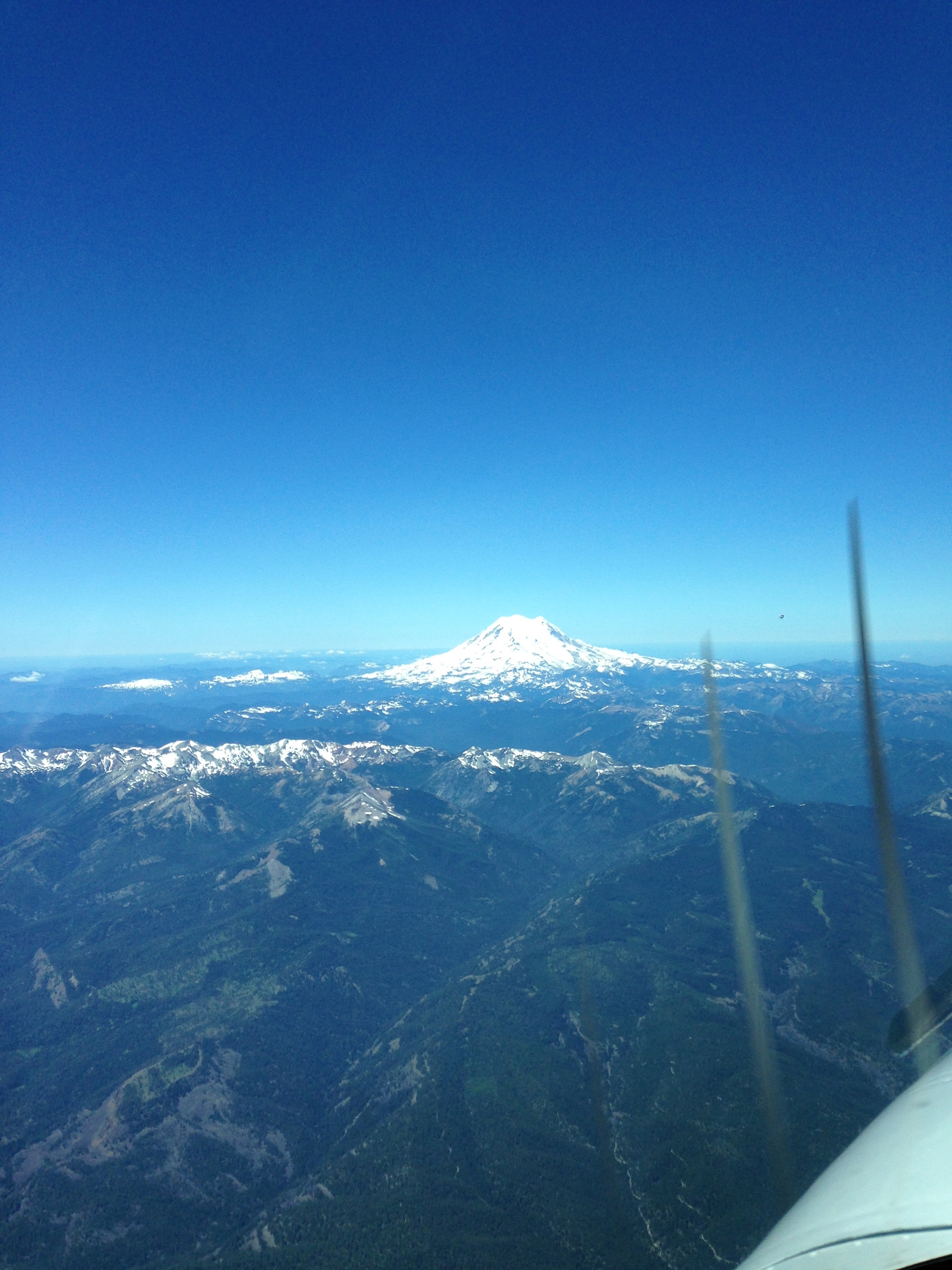 Since I had never flow in the Seattle area, I went ahead and asked for vectors for the RNAV 34L approach into KPAE.  This is a little short-cut I use when I am flying into unfamiliar and busy airspace. Flying the approach allows me to get set up for the airport without having to worry as much about conflicting traffic or finding the field in time.  I’m sure many pilots would call this lazy or cheating, but I am ok with reducing my pilot work-load at the expense of being cool. 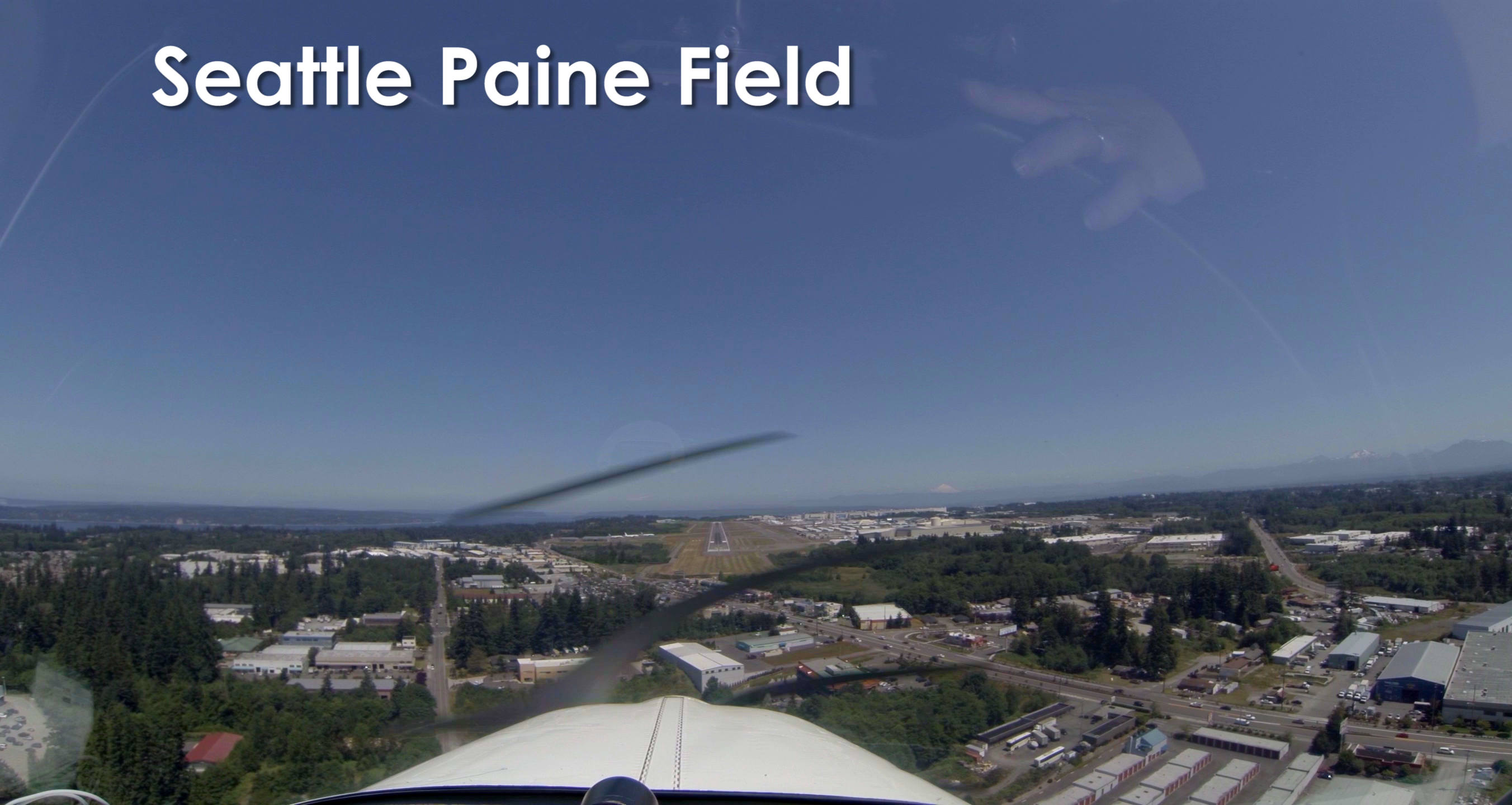 KPAE is a really cool field to fly into.  Boeing has big iron (or jumbo plastic?) strewn all about that field.  In fact, Runway 11/29 is closed because it is being used as a Boeing parking ramp.  It was pretty cool for our little A36TC to taxi past a new 747-800 cargo plane.

Using the time zone changes to our advantage, we landed in the Seattle area by noon.  We parked at Castle & Cook and scored a courtesy car so we could grab some lunch and stretch our legs. I highly recommend KPAE as a stop.  The folks were friendly, the tower was courteous and helpful, and the scenery for a #avgeek like me, was pretty excellent.